During the entire day conditions remained contestable, physical fitness was a major player for the advancing surfers. Courtney Conlogue (USA) surfed brilliantly the entire week, She had just one more hurdle to overcome before claiming the Swatch Girls Pro Junior title. The young 17-yearold did not let herself down by remaining focused for the final that was held in very trying conditions. “There was definitely a lot of duck diving and running back up to the peak in that final for sure and anyone who got out there and managed to be in the right spot deserved the waves they caught.”

Conlogue and her fellow finalist Coco Ho (HAW), Laura Enever (AUS) and Nage Melamed (HAW) are all good friends and have made big impressions also in the main event here this week making it through to the final day of competition tomorrow. “It hasn’t really hit me yet this win here because of all the work we had to do today so I am really tired but I’m super stoked to be out there with Laura and Coco and Nage. It was great and to be a part of that group in the final because they are such good surfers was really special”

The victory was sealed when she scored a 7.50 for a series of critical turns on her backhand.“When I saw that wave I just thought I have to go and see how it goes because in these conditions you never know if the wave is going to be good or bad so you have to go and hope it comes out right. That wave stood up right and it went all the way through and I got a great score.”

“I felt very confident out there,” continued Conlogue. “I wasn’t just out there sitting in the middle I actually managed to position myself and get the waves I needed and to win the final in the end.” 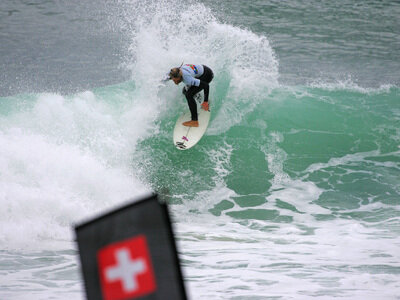 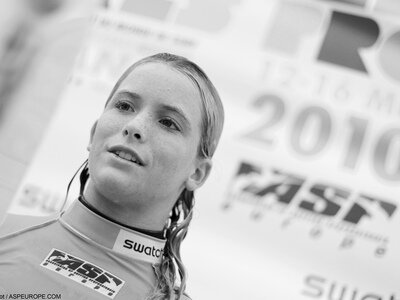 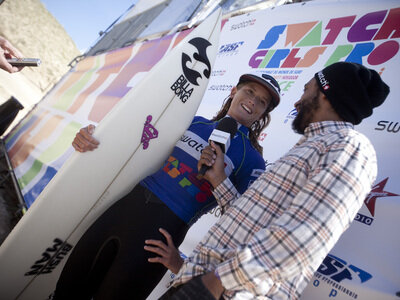 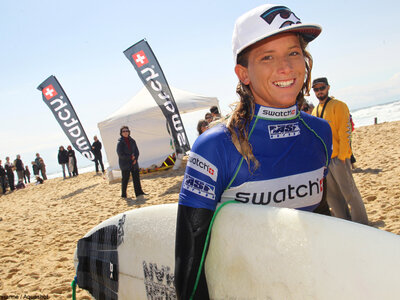 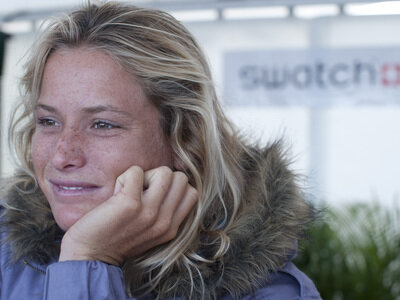 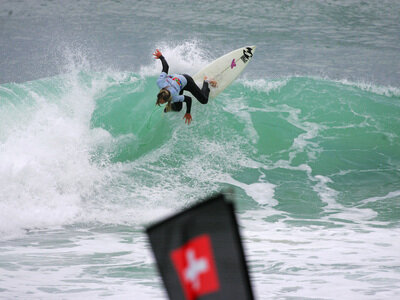