Santa Cruz, California, November 3, 2009 - The swell might have dropped slightly, but the competition definitely stepped up on this second day of the O’Neill Cold Water Classic California. With five ASP World Tour surfers in the water today it was always going to be a day of surfing not to be missed.

World number three Adriano De Souza came top of his heat – the first in the round of 96 - when the event started in the Californian sunshine.“It’s important for me to compete in the California events because I’m living here,” Adriano said. Talking about his current standing in the world rankings he said: “I didn’t set a goal of being in third or winning a title this year, but I just wanted to do better this year than I did last year. It’s great though.”

Timmy Reyes had the heat of the day, finishing with a 9.33 and an 8.50, and making it look both easy and fun at Steamer Lane.“I knew where to sit out here,” said Timmy. “I’ve been back and forth here my entire life. It makes it easy when you come to place that you really like. I feel really good here.”

“It’s tricky out there,” he said. “You have kelp and three different waves which you have to know how to surf completely differently. It makes it interesting.”Nathaniel Curran – another World Tour Surfer at this 6 Star Prime ASP WQS event – was enthusiastic to be part of the Cold Water Classic California.

“I love coming to this event,” said Nathanial. “I’ve been coming here since I was 10, watching my brothers surf as well as seeing people like Tom Curren.”“I got second here a few years back so I would love to win here this time,” he said.Although part of the O’Neill Cold Water Classic Series, the last stop in California stands out – not for it’s cold water temperatures of 13 degrees which have become a norm on the series – but more for its sunny climes.

“It’s a little chilly in the water,” said Nathaniel Curran, “But it’s so nice out of the water. It’s warm and the sun is out. Seriously there’s not a cloud in the sky,” he said.The outside heat was almost enough to counteract the cold water completely. “It’s not too cold. I like it like this,” said Timmy Reyes. “I like the cold water. But I am actually sweating right now after that heat.”

Their elimination puts the US$50,000 into the hands of either Jarrad Howse or Adam Melling – currently ranked second and fourth respectively. With both surfers due to get in the water tomorrow morning, they need to get through the first heat to be in with a chance – and the rest is then between them.

The next call will be Wednesday November 4 at 7.30am 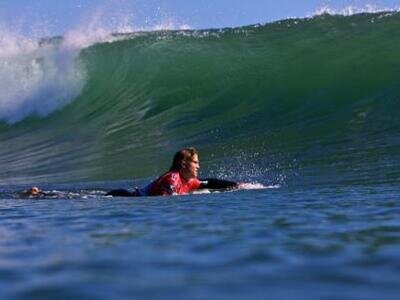 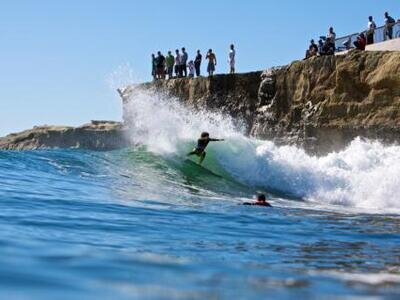 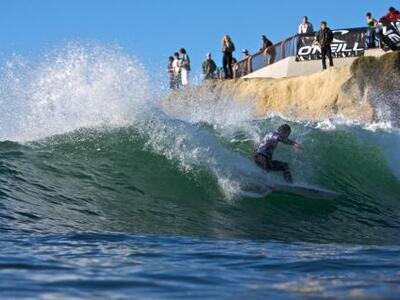 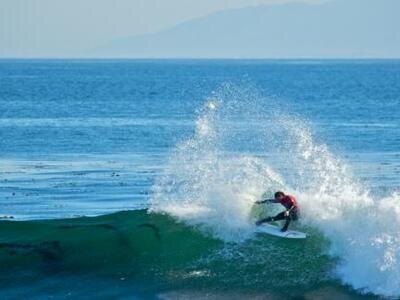 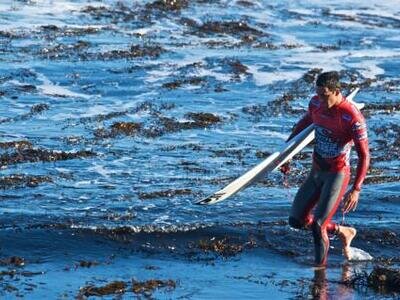 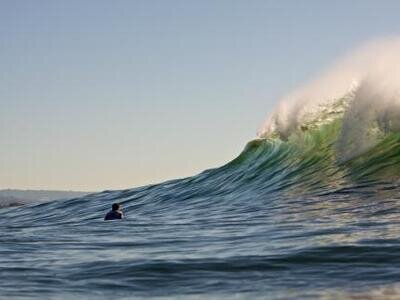