Vancouver Island, Canada, October 28, 2009 - After the strong winds and crisp cold day of yesterday, the O’Neill Cold Water Classic Canada was presented with a calm – albeit grey – day of clean two-meter swell for the fourth day of competition.

Once again taking advantage of its mobile format, the contest was moved back to Cox Bay, Tofino, in order to reap the benefits of the near-perfect conditions for the six star ASP WQS event.

This is what I’ve come to expect from Cold Water Classic Conditions,” said Luke Munroe. “There’s good surf and it’s such an amazing location.”

“I’ve never been to Canada before,” he said. “When I thought of coming here I always thought it would be to Banff or Whistler – not to surf.”

Runner up in Scotland – but winner of a plot of land and of the title ‘Lord Luke Munroe’ – Luke is relishing the cold water conditions; “A lot of people were saying to me that I would do ok in cold water,” he said. “I don’t know why though. I come from the Gold Coast. But I don’t mind the cold and all the wetsuits.”

The heat of the day today came at 1.30pm when Kevin Sullivan, Nat Young and Dion Atkinson all wowed the crowds lined up on the beach with some of the best surfing of the competition in a heat that came down to the final seconds.

Nat Young scored an impressive 9.77 on his first wave, but it took him until the final seconds of the heat to find another high scoring wave to move him through in second position.

Heat winner Kevin Sullivan impressed with a 9.6, and it was unfortunately Dion Atkinson who narrowly missed out on a place in the round of 48 despite having a 9.0 in his scoreline.

Although an inspiring day of surfing, it wasn’t easy for the guys. “When I came out of the water I could hardly even use my legs,” said Santa Cruz local, Nat Young. “It’s so tiring out there. Plus I am in a 4mm wetsuit so I am so hot right now, but my head is really cold!”

He wasn’t the only one. Australian surfer Jarrad Howse also came out of his heat tired, but happy to get through. “It’s hard work out there,” he said. “There are good waves but it’s hard work. My legs feel it for sure. And I feel like I have a tomato head!”

However despite the hard work all the surfers have very much been enjoying the experience.

Nathan Hedge, who has been at every O’Neill Cold Water Classic event so far, was amongst them.

“This series is special because it takes you to places that are not only great for surf but are really interesting places you would want to come to visit.” said Nathan. “Plus, I’m staying with Sepp Bruhwiler, which is a great way to get a local feel to the place. He’s a real character,” he said. “It’s great to see the other side to life here – the fishing and everything.”

As the competition moved into the first two heats of the round of 48 before a fading light called it off for the day, the surprise came when O’Neill Cold Water Classic Scotland winner Adam Melling and the highest seed on the ASP World Qualifying Series (WQS) here in Canada was knocked out of the competition.

The round of 48 will start again tomorrow, October 29th, with an 8am call. 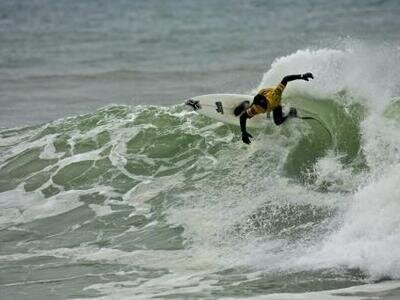 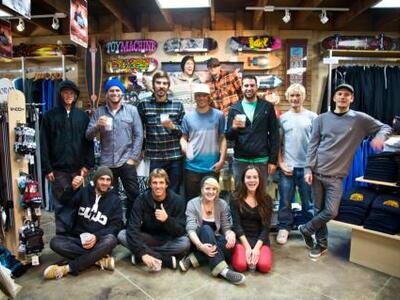 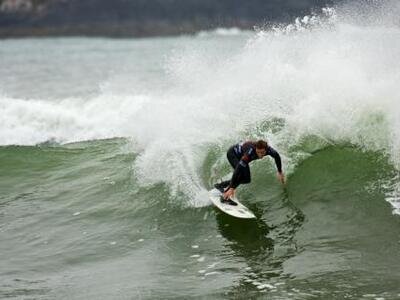 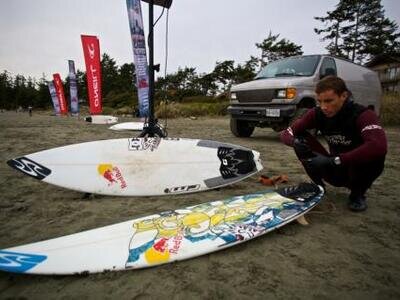 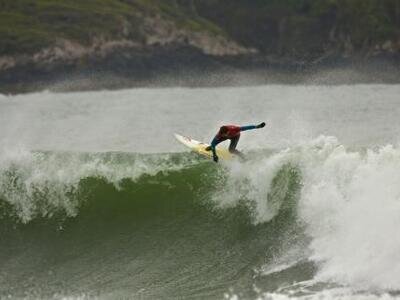