“I am so excited to win this,” said Blake. “Royden fell on his wave at the end. I think maybe the cold was getting to us,” he said shivering in his wetsuit. “I am sorry for him, but so glad I won.”

In victory, Blake lifted the CWC South Africa trophy – a replica shark’s jaw – high above his head on the shoreline at Kalk Bay.

“Thankfully this is a fake jaw,” said Blake. “Hopefully I won’t see any real ones. There was actually a seal swimming around out there with us in the final,” he said. “Everyone knows that sharks love seals, but actually in a heat you’re only worried about what’s going on in the heat.”

After a lay day yesterday which saw everyone hiding away from the storms, conditions came together perfectly on the eastern side of the Cape with offshore winds and a solid six-foot swell.

And local Cape Town surfer Royden Bryson almost provided the dream local ending. “From the water I could hear everyone supporting me – shouting and honking their horns on the beach,” said Royden. “I don’t think I’ve ever had support like that in a contest. It was amazing.”

“I wish I hadn’t folded on that last wave, but what can you do,” he said. “I will kick myself for about half an hour and then it will be good.”

Although eager to win the trophy, Royden hadn’t been too keen on the idea of displaying the shark’s jaw. “There would be no way I would want to see that thing before I went in for a surf!” he said.

The anticipation of Kalk Bay working for the final day had been building all week, so when contest director Matt Wilson made the call to start at 11am with man-on-man heats, the surfers were ready.

“It was a good decision to have man-on-man heats out there,” said semi-finalist Jarrad Howse. “There would have been too much hassling if you had four man heats.”

Jarrad was one of the standout performances of the day – actually looking like he was having a lot of fun as he pulled into barrel after barrel on his backhand.

The shock of the day was the early departure of World Tour star and event ambassador, Jordy Smith – knocked out by Glenn Hall in the round of 16.

And the wave of the day came from the eventual winner who pulled into an awesome barrel to score the highest wave score of the competition – a 9.6.

“My first heat was a shocker, I just wasn’t understanding the wave,” said Blake. “I think in the next heat I was a bit more relaxed and just pulled into that wave and it worked out.”

The O’Neill Cold Water Classic South Africa had been billed as the ‘wildest event in professional surfing’. Over the past week it more than lived up to its name.

“O’Neill took a risk to hold an event here in Cape Town in the middle of winter,” said Royden. “There can be some pretty huge out of control storms down here.”

With howling winds, huge rain squalls, and cold winter temperatures both in the water and out – there were definitely some out of control storms.

And although the sheltered east coast of the Cape provided a sanctuary, it was still quintessential Cold Water Classic conditions.

“I was cold all day,” said Blake. “I think it is the adrenaline that kept me going. I cannot wait for a hot shower and a few beers. But that’s part of the whole series – battling the elements.”

And it’s not going to get any warmer; next stop on the CWC Series - the freezing colds of Vancouver Island, Canada in October. 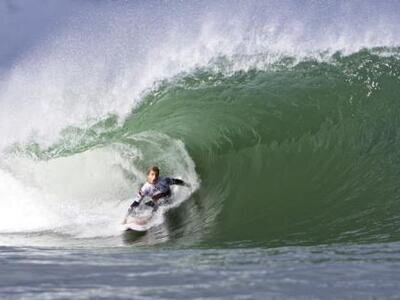 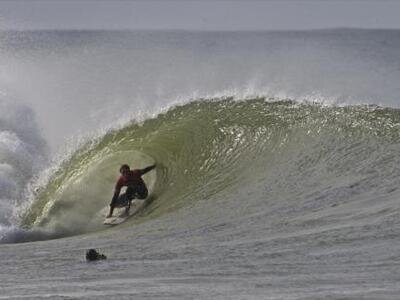 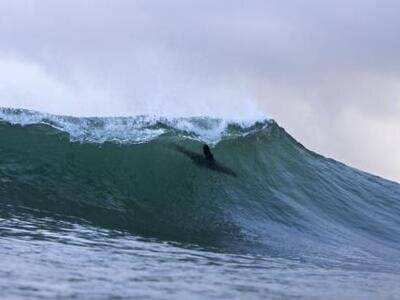 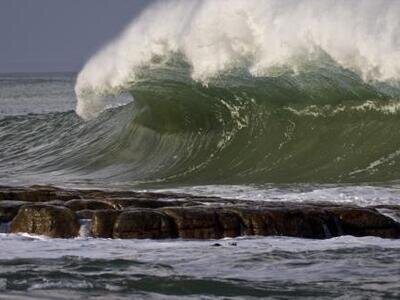 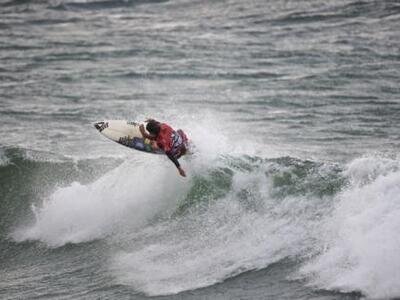 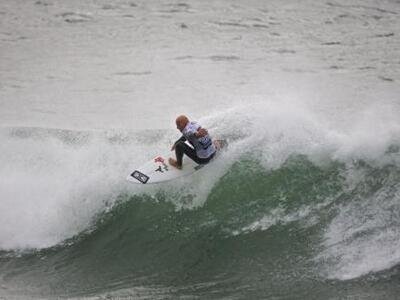 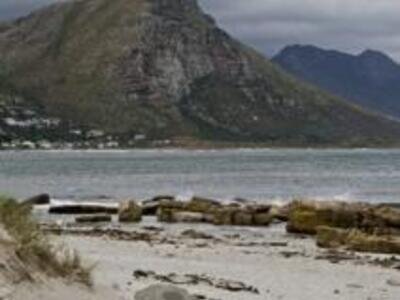 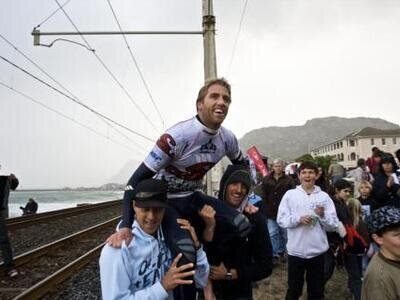