20 June 2009 – Cape Town, South Africa – Clear blue sunshine, a four-foot solid beach break at the base of the Southern Peninsula’s dramatic cliff-lined coast, and spectacular surfing all came together to produce an outstanding first day of competition at the O’Neill Cold Water Classic South Africa.But when local surf forecaster Spike said the conditions were ‘volatile’, he wasn’t wrong.

“I had been talking last night about the possibility of the storm upgrading,” he said. “And has it upgraded!”

“It’s now showing the biggest swell of the year for Wednesday with peak swell heights of 30 feet,” he said. “This storm brings mayhem – heavy rain and heaving ginormous seas.” It isn’t known as the wildest surf event without reason…

Despite indications of ‘a slight drop in swell’ for the first day of competition, contest director Matt Wilson was greeted on the sunny Saturday morning with what he described as “quite a significant drop from the eight foot of the previous days.”

However, with the wealth of surf potential in this area there was always going to be a surf spot to match the conditions.

“Misty Cliffs was living up to its name this morning. You couldn’t even see the water,” said Matt. “But it is totally exposed to the ocean swell so it was actually pretty big and powerful for sure.”

The quality of the first day of surfing reinforced this. The ride of the day came from Japanese surfer Yujiro Tsuji, who pulled into a 4 second tube ride that had looked to be impossible. The line of spectators gathered on the cliffs above, were cheering him on as he came up from the beach with the top score of the day of a 9.5.

The South African stars shone on this first day of their hometown event – and among them was O’Neill’s South African marketing manager and former WCT surfer Paul Canning.

“It was great to be in the water and look at the event and the cliffs from there,” said Paul. “There’s definitely a lot less pressure when you are surfing your own event. I usually would get really stressed out before my heat but now it was just good to get in the water.”

Also among the South African talent was Grant Arendse. The 18 year old from False Bay here on the Cape Peninsula was one of eight surfers from the Surfing South Africa’s transformation and development program, who were granted wildcards by O’Neill into this 4-Star ASP WQS competition.

Although narrowly missing out on a spot in the round of 96, Grant was stoked to be part of the event. “Surfing is about having fun,” he said. Grant, who started surfing at the age of 10, has been involved in the program for the past six years. “It helps with coaching as well as all the equipment and travel which I wouldn’t be able to afford myself,” he said. “My level of surfing has improved so much. Even today it was just great to get in the water with some really good surfers and make them work a bit for their waves.”

Among the foreign surfing talent in the South African waves so far has been the Hawaiian wonder-kid John John Florence, as well as fellow Hawaiian standout today, Granger Larsen. One of the very few representing the Euro force here in South Africa is German surfer, Nicolau Von Rupp, who stormed through both his heats today.

“It’s pretty wild out here,” said Nicolau. “I was thinking about sharks a few times out there. But the waves today were pretty good – they had some power to them.”

With the likes of WCT star Jordy Smith getting ready for his heat as well as former WCT stars Nathan Hedge and Jarrad Howse also waiting to get in the water, the competition is only going to get more intense. And so, it appears, are the conditions. 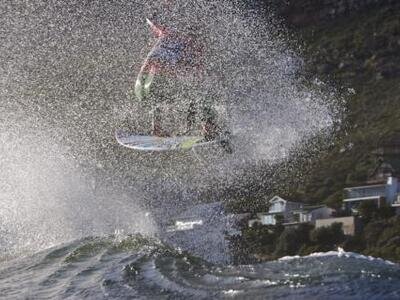 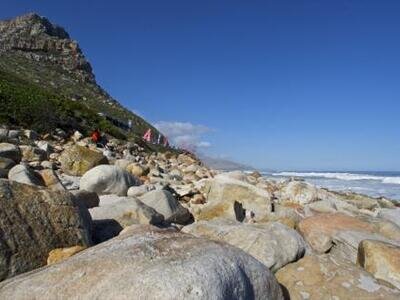 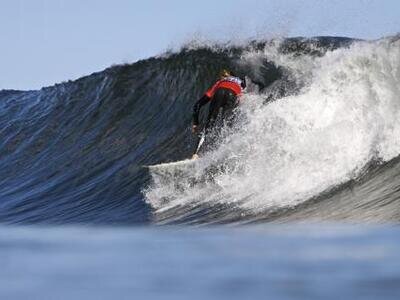 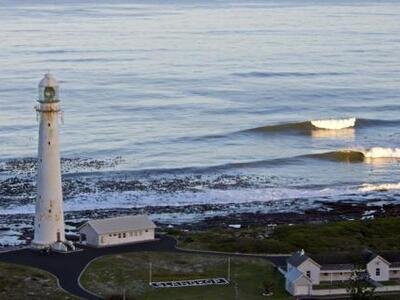