The conditions for the event were spectacular with crowds gathering along the headland from the early hours of the morning in anticipation of the exciting display of big wave surfing to come. Hundreds of people watched 22 of Ireland and Europe’s best big wave surfers take on the ‘beautiful beasts’ of Mullaghmore reef throughout the day over three rounds lasting one hour each. A high level of preparation and safety was also demonstrated by The Irish Surf Rescue Club Water Patrol who were on hand to help surfers after some heavy ‘wipeouts’ who were pushing their surfing to the limits.

It was a tough call for the Irish Surfing Association (ISA) judges to decide the winning teams and awards at the end of the day. The criteria was based on those who rode the biggest waves, in the most critical part of the wave displaying the most skill and commitment. In the end the winning Open team went to International surfers and Billabong team riders Benjamin Sanchis and Éric Rebière, riding the some of the biggest ‘barrels’ ever seen at Mullaghmore. The winning Irish team went to Peter Conroy and Glyn Ovens.

Wave of the day was awarded to Professional surfer Gabe Davies, who pioneered the big wave spot of Mullaghmore with his tow partner Richie Fitzgerald, from Bundoran. Biggest Barrel of the day was awarded to Alistair Mennie, a pioneering big-wave surfer from Portrush. Easkey Britton also held her own in challenging conditions with the guys as the only female competitor in the event surfing. Catching a solid 20 footer and showing that it’s not just ‘a guy thing.’ 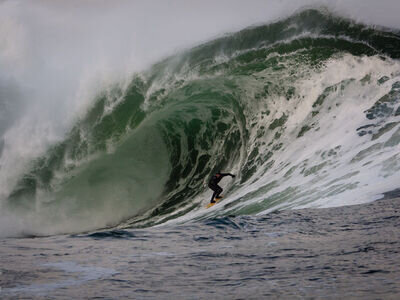 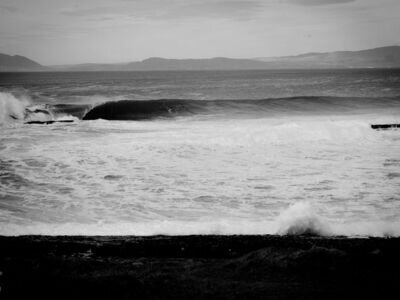 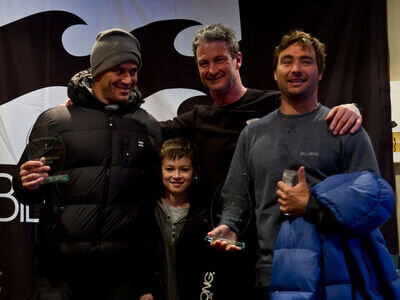 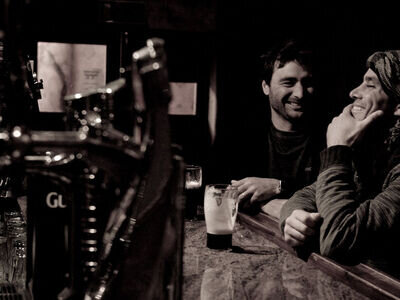 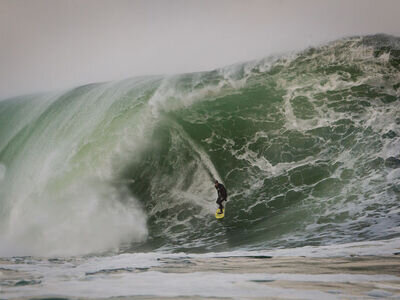 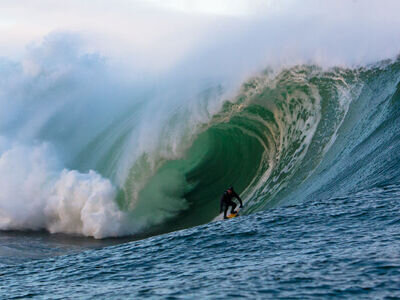 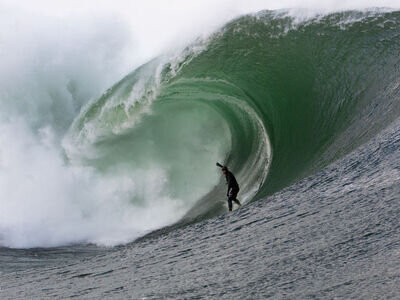