Many people say, that Munich is one of the three most attractive cities in Germany. One reason are the very close mountains of the Alpes, that offer not only a great panorama and fantastic spots for skiing and snowboarding. But for many years now, there’s also a sportive attraction for those into surfing: The standing wave in the river „Eisbach“, close to the House of Art.

But there are only a handful of these standing waves on this planet and most of them cannot be surfed throughout the whole year. Because of that, this special kind of pleasure is only accessible by a very small crowd of surfers. To satisfy that great demand, ATV – action team has now and for the first time ever constructed a standing wave as a mobile unit!

The heart of “THE WAVE” are huge pump-units, that are produced by one of the world’s biggest manufacturers. With these pumps it is possible, to move 6-12 cubic meters of water per second. The water floats over a slant platform into a wave basin and forms a standing wave, following the principle of the “hydraulic jump”. That wave can be surfed like real wave at a surf spot and with normal surfboards!

Thanks to this new surf facility, everybody has the possibility to surf without travelling to a distant surf spot. No matter if it’s a young kid or a young adult looking for fun. Even absolute beginners - of any ages - can get the experience of surfing a real wave. And that’s possible far away from the sea, e.g. right in the middle of the city or on any event “THE WAVE” is invited to.

From April 16th 2010 to September 19th 2010, „THE WAVE“ will have the first official setup worldwide for 5 months at alpincenter Bottrop, the worlds longest Skiing Hall in the middle of the “Ruhrgebiet”, the biggest metropolitan area in Germany with a population of about 5 million people. It looks like a Bar on a Beach, but you go surfing on top of a mountain with a great view over the “Ruhrgebiet”.
If you are around, go and check it out...

how it works Video: http://citywave.de/the-wave/videos/ 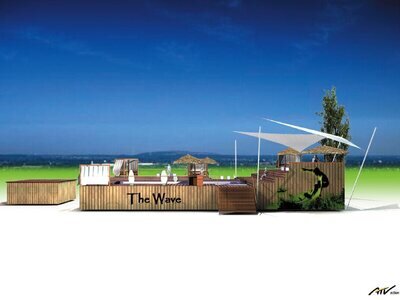 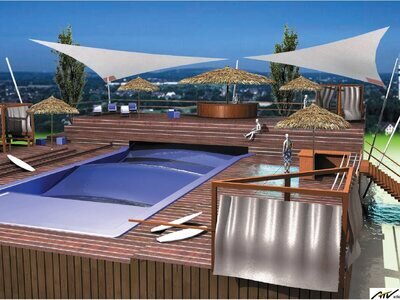