May 5, 2009 - Thurso, Scotland – In fading evening light, but clean glassy solid six to eight foot Thurso East, Adam Melling raised the highland sword above his head as the winner of the O’Neill Cold Water Classic Scotland by Swatch 2009.“It feels pretty amazing. I just didn’t want to come second again that’s for sure,” said Adam, who was runner up here last year to Adam Robertson.

“That sword is the best trophy ever,” he said. “Last year I was so envious of Robbo getting that. It’s going up on the wall for sure. “

Adam Melling showed his intention from the start - with a wave scoring 6.67 in the first 25 seconds of the heat - and then did not stop from there against fellow Australian Luke Munro.

“I’ve been wanting to win a contest for so long and I’ve been pushing myself so hard and today I’ve finally done it,” said Adam.

After standout surfing throughout the event, Luke Munro was disappointed not to walk away with the sword. “That sword did slip away,” said Luke, “but you can’t take anything away from Adam he surfed great all event. “

For winning this 6 Star Prime ASP WQS event, Adam Melling walks away with not only one of the most coveted trophies in professional surfing, but also 3500 WQS tour points as well as $20,000.

As is tradition in this competition, event ambassador and local surfing legend Andy Bain ‘knighted’ Adam as he kneeled before him, before handing the highland sword over as a prize.

“I don’t remember how we came up with the ceremony,” said Andy, “But it’s great that there is someone who kneels before me.”

As an added prize in keeping with the Scottish surrounds of this competition, both finalists will receive their own land in the Scottish Highlands – albeit 10sq foot – officially making both Luke and Adam, ‘Lords’ of their land. Thus now presenting Lord Munro and Lord Melling.

“I got a Lord Munro for second,” said Luke. “I feel awesome being Lord Munro especially as a lot of my heritage is from Scotland.”

As for Adam; “It’s great,” he said. “I don’t know what I’m going to do with it yet. Maybe put a chicken on it or something.”

The Gold Coast’s Luke Munro had earlier defeated French surfer Joan Duru in the first semi final of the evening on his last wave in the dying seconds of the heat.

And in the second final, Adam Melling from Lennox Head had another close heat against yet another Australian Blake Thornton.

It was a long day starting with a 5am call, an 8am start, and a 35 minute final heat kicking off at 8pm, but no one was complaining.

As the day progressed and the Cold Water Classic Scotland reached the final rounds - the wind magically died off, and in contrast to the surf reports the swell built.

The Australian-strong crowd of surfers supporting their friends from the reef were having trouble containing their excitement not only at the surfing on display but also at the quality of the sets coming in to this world-class left hand reef break.

“It’s been great to have the finals day in the best waves of the event,” said contest director Matt Wilson “We have achieved the grand final at Thurso East which is exactly what we wanted.”

The O’Neill Cold Water Classic Series Scotland by Swatch lived up to its reputation here in Thurso for 2009.

It was definitely wild – with howling winds and hailstones integrated into the competition.

There was no doubt that it was cold as the surfers covered themselves head to toe in the latest wetsuit gear and the spectators braved the winds in ugg boots, and outfits more often seen in the mountains than the sea, to watch all the action.

And of course it was the most Northern surf contest on the planet.

With two events now completed in the Series – Tasmania and Scotland – it’s now on to Cape Town from June 20 – 24 before heading to Vancouver Island in Canada and Santa Cruz, California. 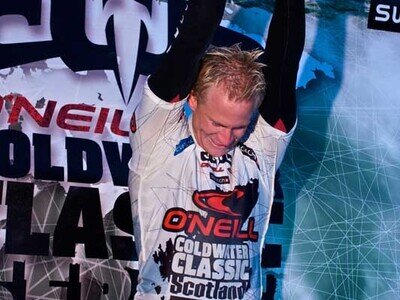 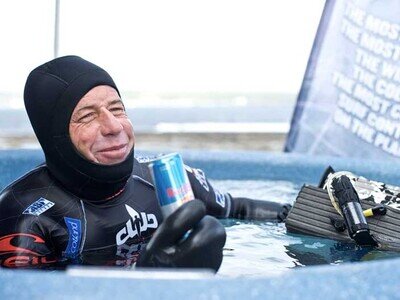 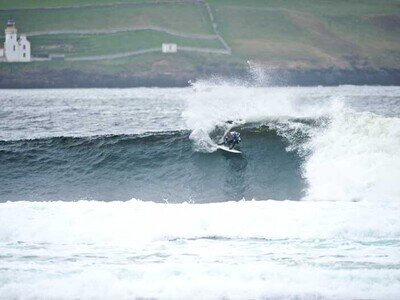 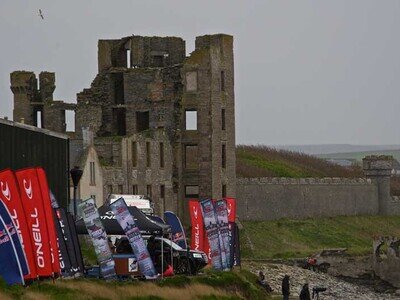 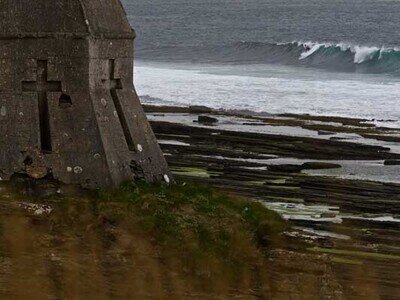 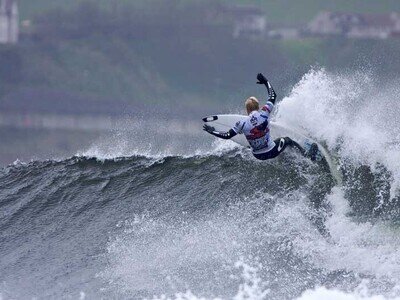