Surfers competing in the ASP PRIME and ASP 6-Star event are out to garner the crucial ratings points on offer towards qualification for the elite ASP Dream Tour while ASP Pro Junior competitors are looking to qualify for the inaugural ASP World Junior Tour.

Andre, who was a standout in yesterday’s action, returned to form again to ignite the day’s highest scores. The high-flying Brazilian continued to take to the air to earn a 9.0 out of 10, the highest single-wave score, before accumulating the highest heat-total, an impressive 16.53 out of 20.

“There aren’t too many waves coming through but when you get the right wave you can still get good scores,” Andre said. “You can still do one or two big maneuvers and get a big score.”
With only 16 surfers remaining, Andre is now one step closer to the impressive $100,000 prize purse for first place, but is remaining focused on each heat rather than the distraction of the increased money on offer.

Brett Simpson (Huntington Beach, CA), 25, who is the defending US Open of Surfing Champion, marched to an impressive heat victory over fellow ASP Dream Tour rookies Patrick Gudauskas (San Clemente, CA), 24, who advanced in second, and Adam Melling (AUS), 25, to keep his chances of a repeat victory alive.

“The waves were definitely slower although the swell is coming up,” Simpson said. “It’s still a little inconsistent. Everyone is doing such high-performance maneuvers and you can tell that the judges are really excited on that. If you can do one big turn or a blast or air, you’re going to get rewarded. That’s what these waves offer.”

The local talent is additionally motivated to put on a show at his home break in front of his friends and family and is settling into his comfort zone despite the added pressure of being the defending event champion.

“The motivation to surf in front of my home crowd is what gets me up early every morning,” Simpson said. “We get to compete in front of this kind of atmosphere only a few times, so you want to take your advantages. For me, it’s my home-break, so I want to do my best. There was more pressure this year than last year, being the champion, but more just pressure I put on myself, because you don’t want to be the first round clown after you won last year. I’ve pushed those pressures aside and I’m just trying to have fun and surf my best.”

Kelly Slater (Cocoa Beach, FL), 38, former nine-time ASP World Champion, has quietly navigated through his opening heats and the competitive mastermind’s poise in today’s inconsistent conditions saw the iconic Floridian take out another heat victory to advance through to the Round of 16.

“When the waves come they’re okay,” Slater said. “The way the size is, it tends to break out the back more and there is a little bit of a reform. It’s tough because you just have to be patient. I was planning on being patient because there were two or three waves in a set and I figured even if those guys had my inside position I could get a wave still.”

Slater, who is no stranger to man-on-man competition, is looking forward to adapting his heat strategy for the Round of 16, where the format changes from the three-man heats of the Round of 24, to two-man heats.

“It allows you to change your strategy,” Slater said. “We have longer heats and priority so you don’t have to worry about two or three other guys hassling you for a wave. If you get behind in a heat the other guys can’t hassle you and keep you off of waves. It’s kind of refreshing to get back to the man-on-man stuff.”

Jacqueline Silva (BRA), 31, who is a former ASP Women’s Dream Tour competitor, unleashed the highest scores of Women’s US Open of Surfing Quarterfinals competition of a 15.10 out of 20 heat total and after two runner-up finishes at previous US Open events, the Brazilain veteran has her eye on this year’s historic $50,000 first place prize purse.

“It’s the best feeling because I’ve been training a lot and now I can see the results,” Silva said. “I’ve been in the Final twice and I hope I can win. I’ve been coming here for 10 years and I really like this wave. I came here to win. There’s big points and big money, so I’m going for it.”

Concluding today’s action was the men’s US Open Pro Junior, which decided the event’s Semifinalists.

Friday also saw record-breaking crowds on the beach for the BMX contest, the Hurley Walk the Walk National Championship and the live concert courtesy of Cobra Starship and Street Drum Corps. Tune in to the LIVE webcast tomorrow for Surf, Skate, BMX events, or come down and check out the US Open of Surfing at the HB Pier.

US Open of Surfing Men’s Round of 24 Results: 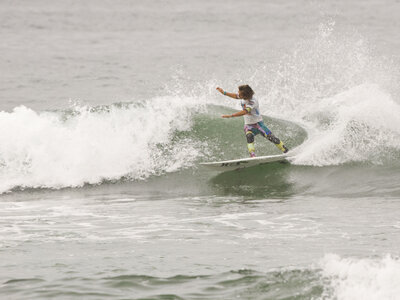 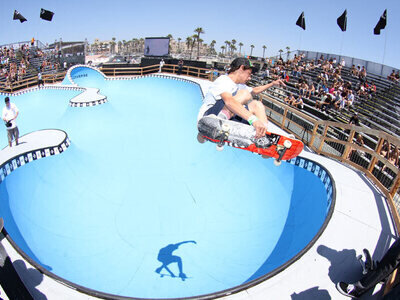 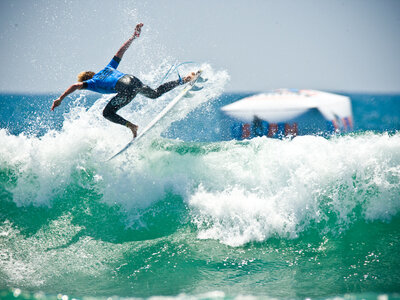 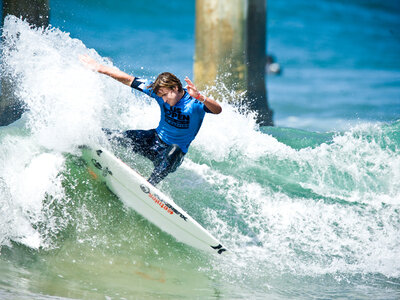 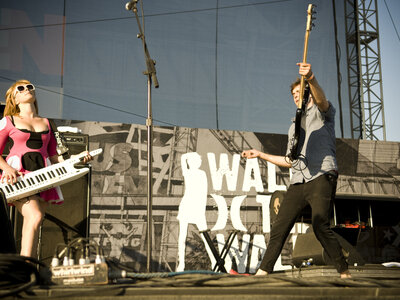 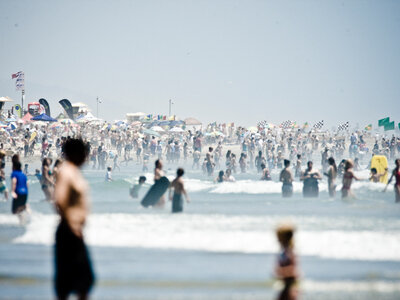