This morning saw the Roxy Jam 2010 press conference, attended by the surfers and the Deputy Mayor, Michel Veunac. The riders present shared their excitement and indicated their determination to win the title. Jennifer Smith, last year's World Champion, will have her work cut out to defend her crown, as the competition intensifies.

"It's great to be back in Biarritz. I'm obviously looking to hold on to my title, but I know it's going to be difficult as there are plenty of girls capable of winning." The competition format is the same as last year: A total of 32 surfers will go head to head in an attempt to win the supreme title and be crowned as the world's very best female longboarder. But for this 5th edition, there will also be a difference, as the judging criteria have been updated. This year, the World Champion will have to perform a combination of classic and modern, old and new school moves. The new criteria require greater versatility, and set the standard even higher. The first series will be buoyed by the warm summer weather and a great swell. Forecasts promise excellent waves (1m50) and the competition could kick off as early as 7.30am on Saturday.

** Saturday July 10th**
8am – Opening of the ASP Women’s World Longboard Championship 9pm – An exceptional display of musical talent, with the pop sound of MICKY GREEN and the glam rock of PLASTICINES casting the beach at Port Vieux under a spell. An evening of open air live (and free!) music in the idyllic setting of Port Vieux, which will also be hosting the young and eclectic band La Femme, originally from Biarritz.

** Tuesday July 13th **
All-Girl Electro Night - 7pm to 9pm – DJ set with SAM RED, English winner of the “Next Girl DJ” Europe-wide competition organised by Roxy and JBL. 9pm to midnight – DJ set with Miss Kittin, incontrovertible muse of the underground scene and Estelle Surbranche, a huge success at the Bar du Ritz. These queens of the night will be mixing out in the open air, facing the sea from the Esplanade des 100 Marches.

** Wednesday July 14th **
Closing party -To see the 2010 festival off in style, the Casino terrace overlooking Biarritz's La Grande Plage will play host to a gala evening of music, pirogue and tandem biking shows, as well as the time-honoured Biarritz firework display. 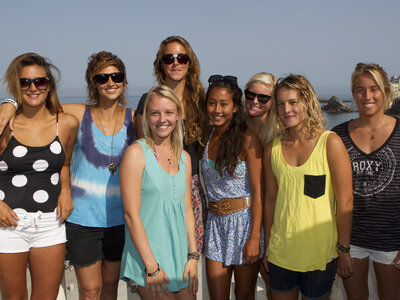 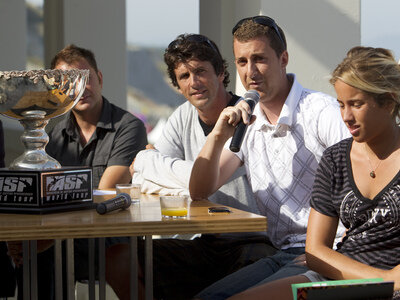 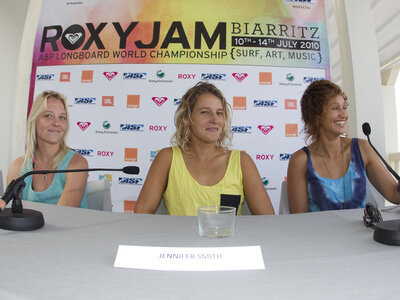 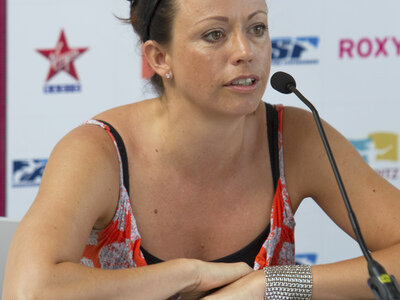 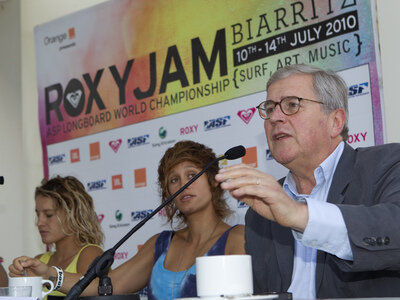