Today’s emotional win is a reassertion of her dominance as one of the greatest icons in women’s sports.

“I woke up this morning and thought it wouldn’t happen today,” Gilmore said. “But as the day progressed, and things fell into place, I began to believe it could happen. France is such a special place and having so many people on the beach watching us surf today is really emotional. I think I’m going to cry.”

“This year for me was all about improving my consistency and having fun with my surfing,” Gilmore said. “From when I started five years ago to where we are now, women’s surfing has improved so much. It’s an honor to be back up top as these girls push me every day and are all incredible surfers.” Today’s incredible achievement puts the young natural-footer in an elite class of surfers to win five or more ASP World Titles, overtaking women’s records set by Freida Zamba (USA), Wendy Botha (AUS) and Lisa Andersen (USA). The only other two surfers in history to claim five or more titles are Kelly Slater (USA) and Layne Beachley (AUS). Fellow finalist Wright put on an impressive display of surfing throughout the Roxy Pro Biarritz, besting Courtney Conlogue (USA), 19, and Coco Ho (HAW), 19, en route to today’s Finals. Unfortunately for Wright, her momentum didn’t transcend into the Final bout against Gilmore, but the tour sophomore was happy with her performance nonetheless. “I feel pretty good,” Wright said.

“I was so excited for Steph (Gilmore). She was ahead of me the whole time and with five minutes to go I was like, ‘you’ve done it!’ It’s incredible – she ripped the whole contest and didn’t lose one heat, she was shredding!” Today’s Runner-Up finish at Grande Plage is a season best for Wright and vaults her from 5th to 3rd on the elite ASP Women’s World Championship Tour rankings. “I’m happy with how that season went,” Wright said. “I’m just enjoying myself! I feel it’s funner when I just messing around rather than be too serious. You know I love surfing and that’s about it.” Coco Ho (HAW) 21, was responsible for the biggest upset today when she defeated Sally Fitzgibbons (AUS), 21, in this morning’s Quarterfinals. Ho was later stopped by runner-up Tyler Wright in the semis, not able to find the highest scoring rides in a wind affected line-up. Finishing equal third in Biarritz, Ho confirms her newly found rythmn after a brilliant second place in the previous event in Brazil. 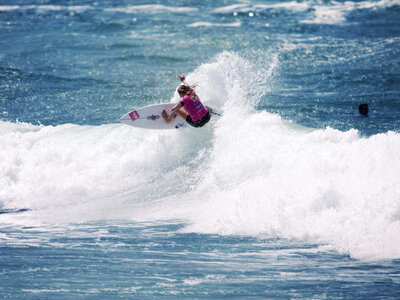 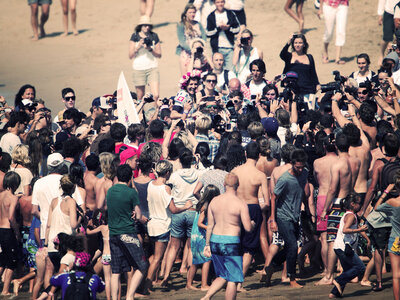 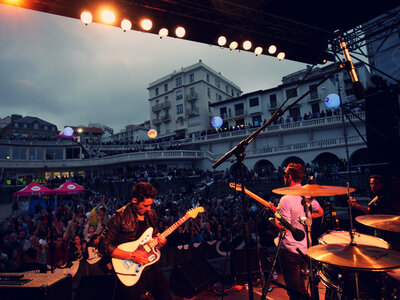 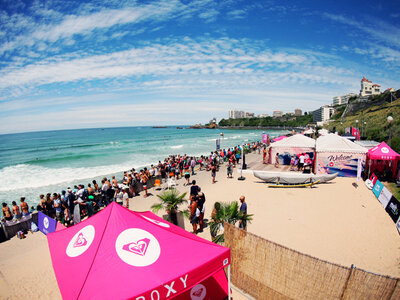 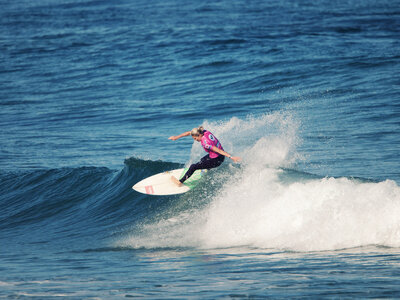 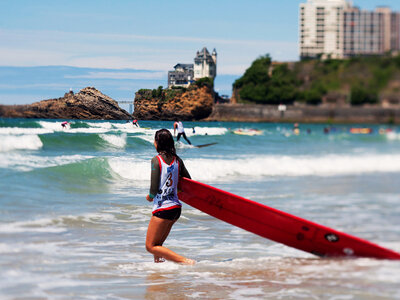