In the final, the Team Quiksilver surfer Ramzi Boukhiam outclassed his rivals with a score of 7.90 and 9.33. With a final total of 17.23 points (out of a possible 20), including one wave judged at 9.33 (out of 10), Ramzi produced the best series of the entire competition.

At the end of the day, at the spot in Zarautz (Euskadi) and for the final series of the event, the quality of the waves improved markedly. For the first few minutes of the final, Ramzi had some trouble perfecting his moves. But with iron patience, the one they call “Ramzouille” gradually gained in confidence and performed a string of rollers, floaters and cutbacks with increasing ease and a radical style. With seven minutes to go in the series, he confirmed his victory with a wave scored at 9.33 that unmistakeably marked the pinnacle of these two days of competition.

The young Moroccan richly deserved his win, having remained unbeaten over the two days of surfing. “I’ve changed the way I approach my series, and now I’m more chilled, I don’t put myself under so much pressure. I try to have fun, just let go and it works!” explained the King of the Groms 2009.
His rivals did their utmost to outsurf him, but all in vain. This year, Ramzi was just too good. Tom Neushwanger and Ian Fontaine performed very solidly at the start of the series, but didn’t get the waves they needed to try and keep up with the leader.

In the repechage table, Portugal’s Fransisco Alves and France’s Pierre Rollet saw their hopes of making it through to the final of the main leaderboard slip away. Ian Fontaine and Tom Neushwanger were able to make the most of every one of their waves, giving their two pursuers little chance. The patience shown by Pierre Rollet, waiting for the right wave to arrive, was ultimately to no avail.

Following this final, World Top 45 surfer Aritz Aranburu and the King of the Groms riders performed an expression session for the spectators. For 30 dazzling minutes, all the surfers let their imagination run free, thrilling the big crowd gathered on the beach at Zarautz. Afterwards, Tahiti’s Kevin Bourez emerged victorious with an ollie pop.

Crowned by the competition sponsor Aritz Aranburu, Ramzi will have a major card to play in the International Final. The reward is a wildcard to compete in the trials for the Quiksilver Pro Gold Coast 2010 and the Quiksilver Pro France 2010.
This evening from 10pm at the Place Munoa square in Zarautz, there will be a special DJ set with Mahara McKay. Later, at 11pm, France’s Joan Duru and Dimitri Ouvré will join Australian Craig Andreson to light up Zarautz for the Quiksilver Air-Show - a unique night-time surfing spectacle, that will see the riders towed out by jetskis, performing aerial moves.

Then at midnight, Helltrip are set to rock the living daylights of the Place Munoa! 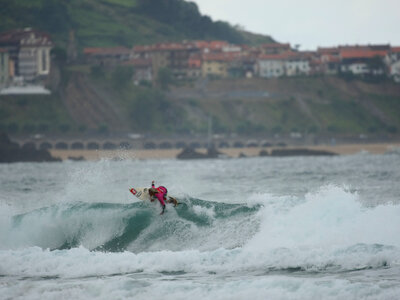 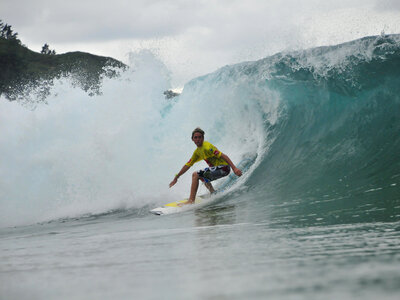 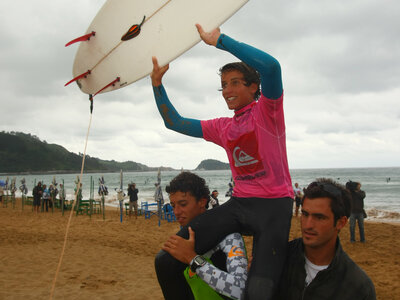 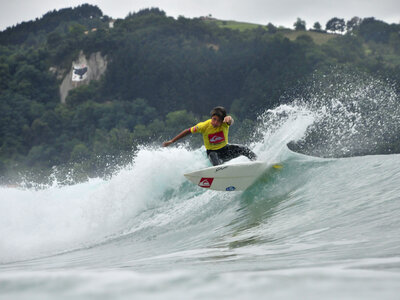