“We get an average of three metres of swell a day here,” says Phill, who lives just outside the village of Marrawah where the contest is being staged. “It’s a good time of the year for it at the moment – but also we look lucky with the forecast - the swell can be amazing here, but it also gets quite rough. It’s forecast for light winds this week,” he said, “But saying that, it’s really hard to predict. We’re receiving swell from 2000 miles away. It can change in an instant.”

Under contest director Matt Wilson, the first day ever day of competition on the O’Neill Cold Water Classic Series is due to kick off tomorrow (March 23rd) at the coast’s premier wave spot, Bluff Reef.

“What we hope to see, if the forecast holds true, is the swell holding in the six to eight foot range which is perfect for Bluff Reef” said Matt.

“It’s what we’ve come looking for – it’s the premier wave of this region,” he said.

The day will start with local trials where Tasmanian upcoming talent, Matt Kennedy, is relishing the opportunity to be able to face some of the world’s top surfers including CJ Hobgood, Jordy Smith and Cory Lopez.

“For someone like me to compete in something like this is awesome,” said the 19 year old from Hobart. “This is crazy for Tasmania. You don’t get comps like this or the big names in surfing here.”

“Bluff Reef is probably the best break here,” he said. “It’s a reef break that barrels at take off and then runs. I think a bit of local knowledge might help – understanding these seas and the temperature, but I will be happy just to get through the trials,” he said.

With 144 surfers now arrived in the northwest corner of Tasmania and all in awe of the remote wild landscape and near-perfect surf, the water is busier than usual as they all get used to the conditions.

“You don’t tend to surf with a lot of people when you surf in Tasmania,” says Matt Kennedy. “Usually it’s just me and my mates. There are so many spots here, even if there are a few people around, you can always find something empty.” 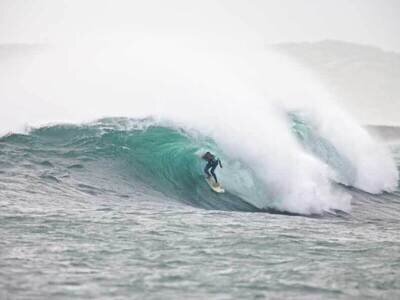 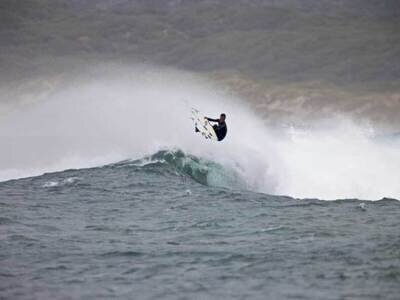 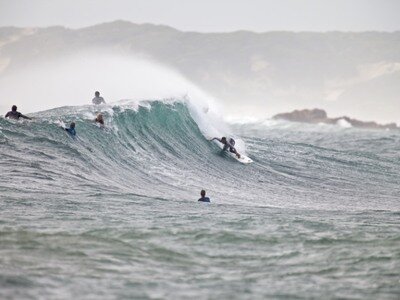 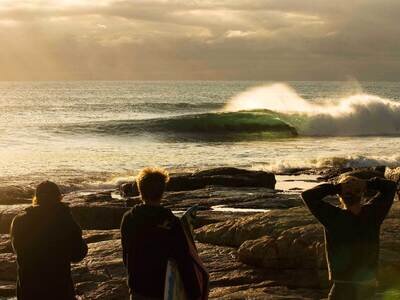 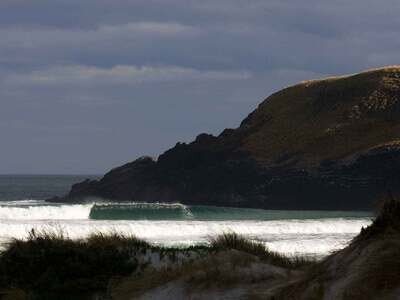 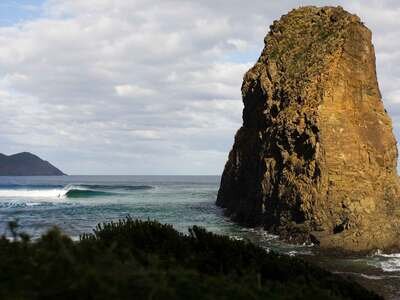 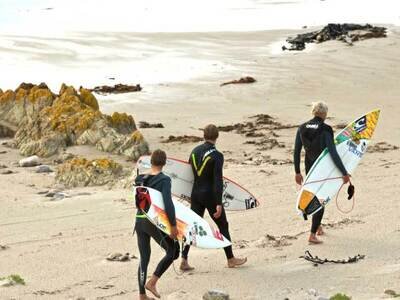