22 June 2009 – Cape Town, South Africa – Jordy Smith was greeted with howling winds and the onset of one of Cape Town’s biggest storms as he got into the water on this third day of competition at the O’Neill Cold Water Classic South Africa.

Flying in straight from the Reunion Island, Jordy was not about to be deterred by the extreme conditions – pulling out a score of 8.5 on his first wave back in his home country.

“It is pretty wild and cold,” he said. “It’s like gale force winds out there. I got on a few waves and couldn’t even move for the wind - but there are some fun rides out there.”

The O’Neill Cold Water Classic South Africa ambassador is the name to look out for in this competition, but he’s not thinking too far ahead. “Right now all I’m looking forward to is getting out of this wetsuit and getting warm,” Jordy said.

“I’ve seen a few storms like the one coming in when I was younger,” he said. “You need to just hide away indoors for the day with a jacuzzi and the heating on.”

The predicted storm is now brewing, and although the turmoil has already started – it will be properly hitting these shores from tomorrow. In the latest update from local surf forecaster, Spike, he says; “We should see 40 foot sets on the outer reefs by Wednesday morning. Even for any Hawaiian big wave surfer – this is going to be big.”

Although the conditions were challenging, the surfers still managed to put on an awesome display with some high scoring heats today. Among them was Australian former World Tour surfer, Jarrad Howse.

“It’s pretty wild out there at the moment,” said Jarrad. “The wind is so strong with the water on your face as you paddle back out.”

“I was just wanting to get through these rounds because of this huge storm coming in – it looks like we will get the chance to surf Kalk Bay. I didn’t want to miss out on the chance of that,” he said.

The third day of competition saw everyone back at the powerful beach break of Misty Cliffs – which easily could have been renamed ‘Stormy Cliffs’ by the end of the day – to finish off the round of 64 and get through the round of 32.

“We looked into all the other options,” said contest director Matt Wilson. “As this is a mobile event it would be good to explore a variety of waves on this peninsula. However, all the other locations were way too stormy. We would have probably blown off the cliffs.”

“It looks like we’re headed for the biggest swell of the year in Cape Town so far,” said Paul. “The whole Atlantic side is going to be way too big from lunchtime tomorrow which I imagine could be a lay-day.”

“We’ve asked for a permit for a left hand point break called Thermopylae in the city,” he said. “It should be 10 to 12 feet and offshore.”

“Another option we have is Kalk Bay. It’s a heavy left-hand reef slab, which will probably be around 4 to 6 feet and perfect. That would be first prize for us. It’s one of the heaviest waves in South Africa,” said Paul. “It’s going to be an interesting end to the event.” 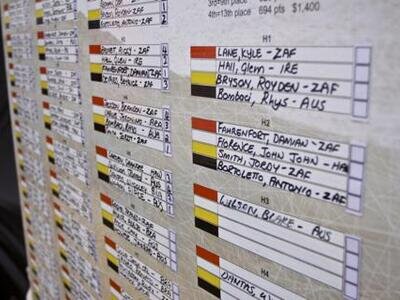 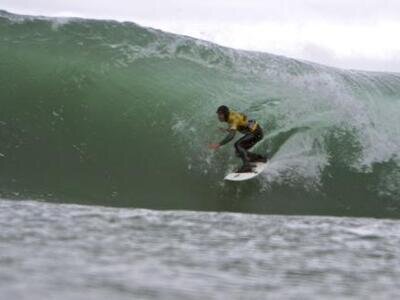 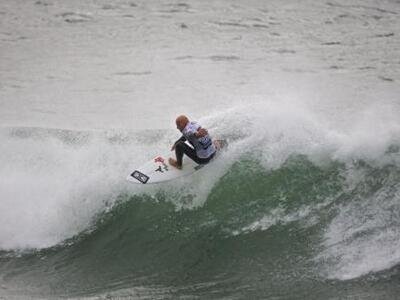 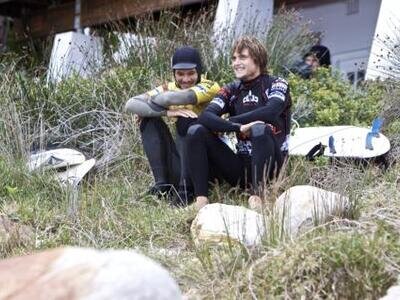 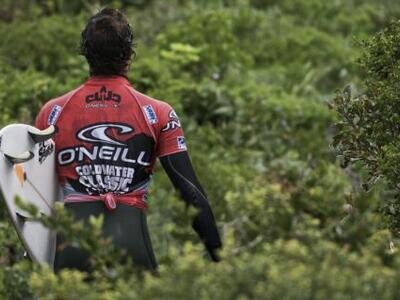