Smith, who dominated the final bout from the beginning until the end, confirmed her stellar Semifinal run where she managed to score a 9.25 point ride, the highest wave score of the event, defeating Menard confidently.

“To win a second world title is just unbelievable,” Smith said. “That heat against Chelsea (Williams)… I was ready to bow out in the semis and I had no idea I was going to get that wave and this score down. I was feeling pretty confident after that and when once I made the final I was definitely looking for the second title, for sure.”

Smith, who raised her world title trophy in front of a cheering crowd at La Côtes des Basques, signed an unexpected stellar come-back on top of the international hierarchy today, after several months without a win.

“I had no expectations this year as I had not won an event in months, maybe a year,” Smith said. “I came over here to give my best and see what happens, and I made the final and won it. It’s just so good to get a second one. I am going to celebrate with all my best friends that are here tonight and fly back home tomorrow.”

With three favorites and one outsider in the Semifinals, the 2009 Roxy Jam witnessed spectacular levels of surfing through the four-day waiting period, the new 32-woman format bringing more intensity into the ASP Women’s World Longboard title race. Menard’s final berth showed again how strong the French female longboarders were getting with a second representative making the final in three years.

“The level of surfing has gone so high these days,” Smith said. “Everytime I see Coline (Menard) at an event, she has improved since the last time and it shows that the talent in Europe and worldwide is huge. The European girls are ripping with Justine (Dupont), Coline and the other Justine (Mauvin) who will soon come up. I think Coline will be better next year.”

At 21-years-old, Reunion Island resident Coline Menard became the second French representative to reach the final of the international event after Justine Dupont in 2007 who lost to Smith as well, Menard confirming her status of best up and coming competitor on tour.

“Making the final is a dream coming true for me,” Menard said. “Everything went my way except for the final where I didn’t really get the waves but Jennifer (Smith) was the best and she deserves to win. I had no pressure before the final, I knew it would be very tough and I tried to stay relaxed.”

Menard, who has been improving fast in the last couple of years, came to Biarritz hoping to better her equal 9th place result from 2007 and ended runner-up in the most prestigious event.

“I spent four months in Australia this year competing at all events to get experience and improve,” Menard said. “I didn’t get any big result but it definitely helped me build my confidence and by the time I got here, I was able to put everything behind me and surf relaxed through the event which worked out pretty well.”

Placing 3rd after a dominating run from Round 1 up to the Semifinals was event favorite and last year’s ASP Women’s World Longboard No. 2 Chelsea Williams (Gold Coast, AUS), 23, the renowned powersurfer losing to Smith despite a solid performance and a 13.25 point heat score (out of a possible 20).

“It is very disappointing not to make it through,” Williams said. “I just couldn’t find the better waves and Jennifer (Smith) got that 9.25 and I knew it was going to be hard to catch-up by then. I just sat out there waiting and nothing came.”

Williams, the event’s best scorer with an impressive 16.50 point score (out of a possible 20) on Day 1 of competition, was much awaited on the highest step of the podium today but failed to counter Smith’s flawless attack and will wait another year before she can chase a first ASP World title in her division.

“I was feeling good before the heat and went out there with the same approach,” Williams said. “I didn’t get the opportunity to score and that 9 pointer was the turning point. I didn’t feel like it was going to happen for me.”

Justine Dupont (Lacanau, FRA), 17, was not able to advance to her second Roxy ASP Women’s World Longboard Championships’ final going down to fellow French surfer Menard in the first semifinal. Dupont, who was considered a favorite in her Semifinal duel, could not score any better than a 5.25 point ride (out of a possible 10) throughout the 30-minute semifinal.

“I am very disappointed with my performance and I didn’t enjoy my time out there,” Dupont said. “I made a first mistake and let the bomb go while Coline (Menard) was paddling into it. Then I waited for a good wave which came but I fell on the second turn and that was it.”

Dupont’s equal 3rd place finish makes her one of the most consistent female longboarders in the world after a runner-up in 2007 at 15-years-old only and an equal 5th last year. 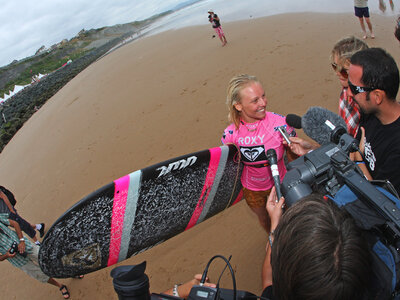 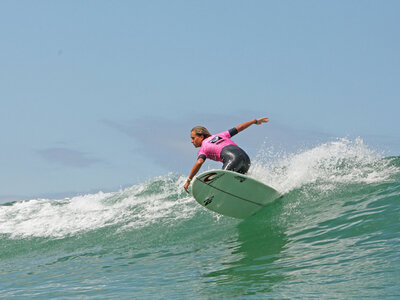 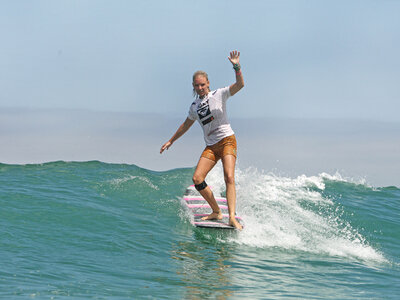 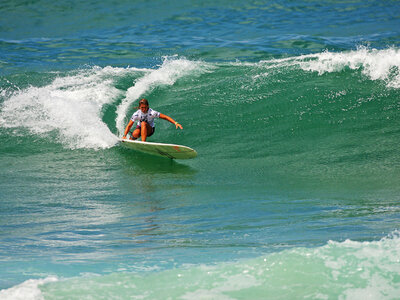 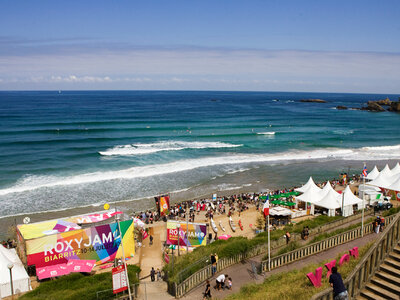 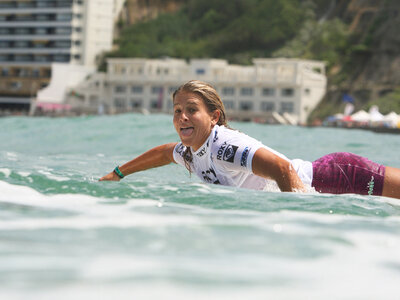