Opening his account with an 8.50 out of ten and then backing it up with an 8.17, Collazo had his opponent in a combination situation early in the battle and looked to be on his way to a comfortable win. Zubizarreta had other ideas and answered back with an 8.90, to get back in the fight with five minutes remaining.

Without priority, Collazo had to watch on as Zubizarreta played his last card on his last wave in the final minute. Coming up short by the nearest of margins, a mere 0.20 of a point, the Quiksilver Pro Portugal 2010 title was in the grasp of an emotional Collazo.

“This is an amazing feeling and I can’t describe how it feels to win an event like this. I have never gone further than the quarters, so to be in the final with my best friend and to win it is the best thing that has happened to me.” Taking out World Tour campaigner, Jeremy Flores (FRA) in the quarter-finals, Collazo grew in confidence and knew that this was his moment.

“I have had so much support from all the people here and also from all the people at home. It is really special and I want to say thanks to all of them for their support. I have taken the whole event heat by heat and tried not to think about my opponents and just focus on my surfing and the work ahead to be done.”

In a somewhat different approach to such a major final, Collazo explains their pre-final preparations. “It was a different final because we tossed a coin to see who would have the first wave. Normally you are really stressed and earlier there was a lot of pressure in the quarters and the semis but in the final we were talking and looking back to the beach amazed at all the people who had come down to watch us.”

Runner-up, Gony Zubizarreta was on a role this morning after eliminating ASP Dream Tour surfer and local favourite Tiago Pires (PRT) in the quarter-finals with another come from behind performance. Smashing out a 9.87, the highest single wave score of the event, Zubizarreta threatened to go all the way. “The heat against Tiago was amazing. I managed to catch the bomb and get that score which got me back into the heat. For me it was an honour to be up against him at his home break and to win that heat was really special.”

In the final, Zubizarreta managed to claw his way back to create a dramatic final stage to the 40-minute clash. With no remorse, Zubizarreta was pleased with his ‘never say die’ attitude. “I didn’t surf so well at the beginning and then I got that good one so I thought I was still able to get another one. The last wave came and I surfed the best I could but it was close. I think the judge’s decision in the end was correct. It was close and I am very happy for Hodei.” Leonardo Neves (Saquarema, BRA) 30, finished in equal third to achieve his best result in Europe this year. Coming up against an inform Hodei Collazo, the Brazilian made a crucial error losing priority and had to stand by and watch as the win escaped from his grasp.

“I ended up losing priority with a 5.00 point ride and I should have stayed out the back and waited a few minutes more because I had to watch the 8.00 point ride of Hodei. I think that wave marked the difference in the heat because it was a wave with more potential and that was the difference.”

More at home in more powerful conditions, Neves has concentrated on his small wave
surfing and is starting to see results. Equipment changes as well as technical adjustments to his surfing are the reasons for this improvement. “This has been a contest in small waves which has always been difficult for me. Bigger waves are a lot easier for me. So now I have a specific board for small waves that is going really well. Each time my results are getting better.”

Now moving on to further events to be held in the Canary Islands, Neves feels that his
momentum is pushing him towards an even bigger result in the near future. “I am having a good run at the moment with many quarter-final finishes and now a semifinal
so let’s hope a final is coming up soon for me in the next events in the Canary Islands.” Marc Lacomare (Capbreton, FRA) 20, also finishing equal third, continued with his consistent results achieved throughout the entire year in Europe including a win at the 5-Star Newquay event. Having no luck in finding any rhythm and surfing on his backhand in the tricky conditions, Lacomare had to admit that some errors on his part cost him the victory.

“He (Zubizarreta) has been surfing amazing since the start of the contest so it was a tough heat. Maybe I made a couple of mistakes in that heat but I am still happy with a semi-final result.” Remaining a clear leader on the ASP European Men’s rankings and with two stops remaining on the circuit, Lacomare is looking strong to back up his 2009 ASP Europe Junior title. 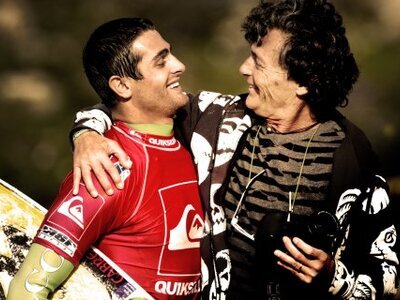 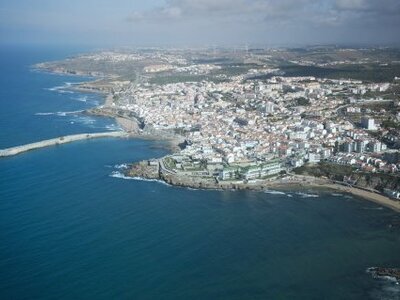 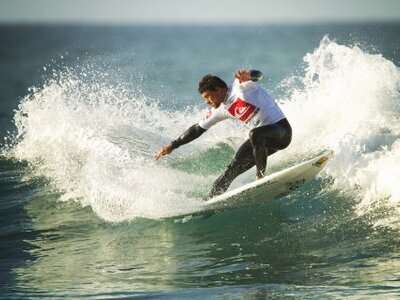 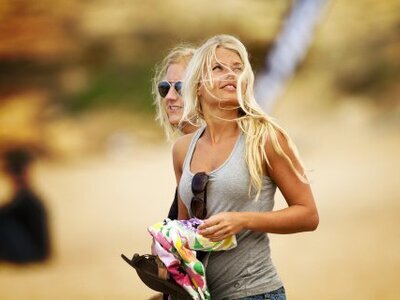 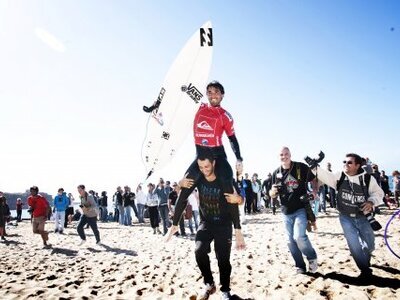 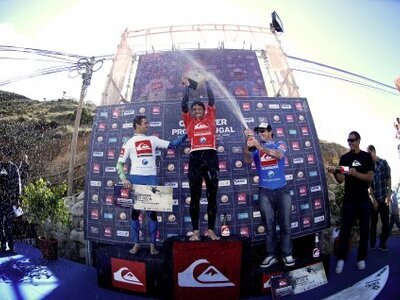 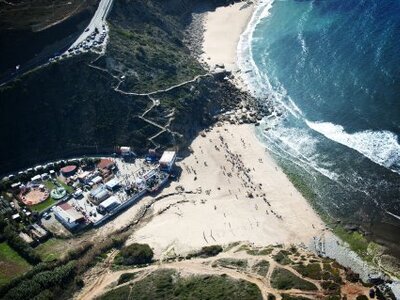 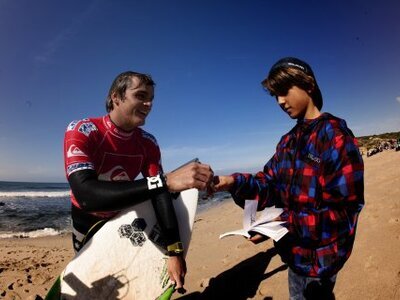